WHY ITS IMPORTANT TO GET AN AGREEMENT STAMPED: AN ARBITRATION LAW PERSPECTIVE

Legal Updates Arbitration CCDQ WHY ITS IMPORTANT TO GET AN AGREEMENT STAMPED: AN ARBITRATION LAW PERSPECTIVE

The question whether an unstamped contract, can be relied on, for the purpose of the Arbitration and Conciliation Act, 1996, has been one in the grey area. There have been several contradictory judgments on the subject.

The issue of a reliance placed on an unstamped contract for the purpose of Arbitration and Conciliation Act, 1996 came up recently before the Bench of Justices Rohinton Fali Nariman and Vineet Saran in April 2019, in the case of Garware Wall Ropes v Coastal Marine Constructions & Engineering 2019(6)SCALE250(Hereinafter referred to as “Garware case”, decided on April 10, 2019.

The Question which came up before the Hon’ble Supreme Court of India in the Garware case was as to what is the effect of an arbitration clause contained in an unstamped contract, which requires to be stamped.

WHY WAS SECTION 11(6A) OF THE ARBITRATION AND CONCILIATION ACT, 1996 INTRODUCED

The answer to this question can be found by a simple review of the 246thLaw Commission Report, and the Statement of Objects and Reasons appended to the Arbitration & Conciliation (Amendment) Bill, 2015. A review of the same makes it evident, that the introduction of Section 11(6A) was necessitated as a result of various judgments by way of which the scope of Inquiry under a Section 11 Petition was greatly increased and the Court was required to make a full judicial inquiry into various factors before appointment of an arbitrator. These judgments being SBP & Co. v. Patel Engineering Ltd., (2005) 8 SCC 618 and National Insurance Co. Ltd. v. Boghara Polyfab (2009) 1 SCC 267, were said to defeat the principle of kompetenz kompetenz, and minimal interference by Courts, owing to which introduction of Section 11(6A), making it incumbent upon the Courts to make a minimal enquiry under a Section 11 Petition, was necessitated.

However, both the 246thLaw Commission Report as well as Statement of Objects and Reasons, makes no reference whatsoever to whether the Court, in a Petition under Section 11, is required to ignore the effect of non-stamping of a document. Even otherwise the reasons behind the introduction of Section 11(6A) do not deal in any manner with the judgment of the Hon’ble Supreme Court of India, SMS Tea Estates. v. Chandmari Tea Co., (2011) 14 SCC 66(Hereinafter referred to as “SMS Tea Estates”), wherein the Hon’ble Apex Court had held that the Supreme Court or the High Court, before appointing an arbitrator under Section 11, is duty bound to ensure that the document is impounded and stamp duty and penalty (if any) is paid before the agreement (including the arbitration clause) can be acted upon.

THE DECISION OF THE COURT

The Hon’ble Supreme Court of India while rendering its decision paid heed to the following factors:-

Owing to the above factors, the Apex Court in Garware case, the Hon’ble Supreme Court held the following:-

The Apex Court might have set to rest the controversy of relying on an unstamped document for the purpose of the Arbitration and Conciliation Act, 1996. However, the judgment of the Supreme Court is rather confusing and, we are unable to completely agree with the judgment owing to various factors:-

Thus, in our view, although the Hon’ble Supreme Court’s verdict, does set to rest the controversy, it cannot be said that we are in absolute agreement with the same. 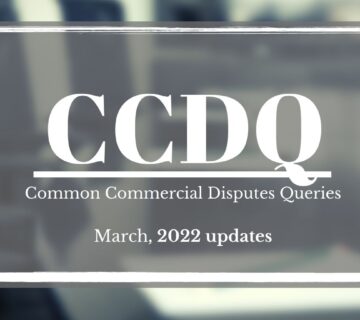 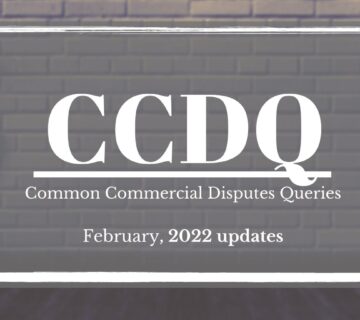 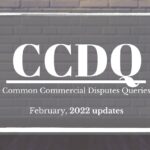