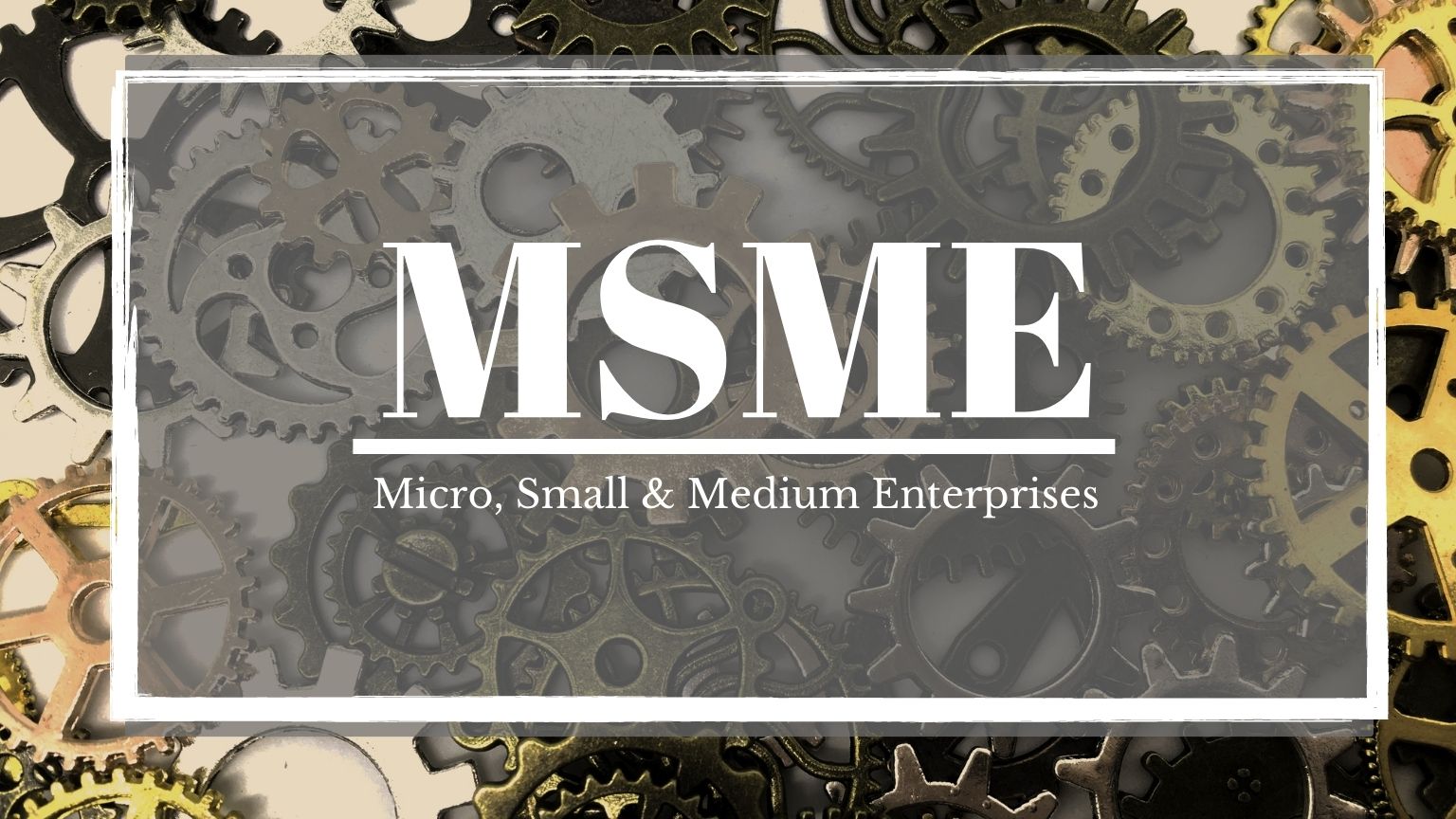 The Micro, Small and Medium Enterprises (MSMEs) are an important sector in India. MSMEs contribute to approximately 8% of India’s GDP, employs over 60 million people, has an enormous share of 40% in the exports market and 45% in the manufacturing sector.

Earlier, there was a complete lack of structured and proper legal framework governing MSMEs in India. With a view to facilitate the promotion and development and enhancing the competitiveness of MSMEs, The Micro, Small and Medium Enterprise Act, 2006 (“MSMED Act, 2006”) was been enacted.

The aim of this article is to understand the significance, scope, and developments in the law by analyzing the MSMED Act, 2006 under various heads such as, benefits to the MSMEs, formalities required for an enterprise to fall under the scope of the MSMED Act, procedure required to avail the benefits as provided under the MSMED Act, and the process and the method of dispute resolution.

However, the said definition has been recently amended. The new classification of enterprises as per Notification dated 01.06.2020 (with effect from 01.07.2020) is as below:

Composite Criteria: Investment in Plant and Machinery/Equipment and Annual Turnover

Benefits Available to MSMEs under the Act

As per the MSMED Act, 2006 the Appointed Day as defined by the act is relevant for deciding the time period for making payments by the Buyer. Section 2(b)[2] defines appointed day as the day following immediately after the expiry of the period of fifteen days from the day of acceptance or the day of deemed acceptance of any goods or any services by a buyer from a supplier.

In any agreement between an MSMEs and a Buyer of goods/services there can be two scenarios[3]:

Provision for Payment of Penal Interest

The consequences of not making payments within the prescribed period of time are provided for under Section 16[4] and  Section 17[5] of the MSMED Act,2006 which provides the rate of interest as well as the date from which such interest needs to be paid to the MSMEs for Delayed Payments. Section 16 of the MSMED Act, 2006 accordingly provides as follows:

Remedies Available – Complaint to the

The MSMED Act, 2006 has established the Micro and Small Enterprises Facilitation Council (“MSEFC”) under this Act. Thus, incase of default MSMEs can approach the MSEFC with complaints to enable initiation of Conciliation or Arbitration, which will be explained hereinafter. The timeline provided in the section for disposal of any proceedings is within 90 days from the date of making of such reference.[7]

Benefits in addition to Section 17[8] and 18[9] of the MSMED Act, are available under Chapter IV of the Act. Section 9 to Section 14 of the Act provides for certain benefit to the MSMEs such as, Central Government initiatives to enhance the capabilities of MSMEs[10], easy credit facilities to MSMEs in form of bank loans or other,[11] procurement of preferential policies by the central govt. for promotion and development of MSMEs[12], creation and allocation of special funds for MSMEs.[13]

Registration required to avail the benefits

The earlier registration process of obtaining Udyog Aadhaar Memorandum (UAM) number and Entrepreneur Memorandum (EM-I / EM-II) which had a lengthy procedure[18] has now been replaced by Udyam Registration in July 2020.[19]

The Udyam MSME registration process is a paperless, online process which is based on self-declaration methodology[20]. The requirements for the registration are as follows:

The ministry vide Office Memorandum dated 06.08.2020[22] has made it mandatory, even for existing MSMEs to get themselves re-registered under the Udyam portal. The MSME ministry vide Notification dated 16.06.2021[23] has notified that the deadline for validity of UAM registration and re-registration under udyam is till 31.12.2021, whereafter the validity of Udyam Registration will no longer be valid.

Process to invoke conciliation & Arbitration proceedings under the Act

Section 18 of the MSMED Act, 2006 allows a supplier to file a reference to the MSEFC in case the buyer fails to pay the principle amount due and the compound interest generated on it since the day specified in the agreement or since the appointed day.

The documents required to file an online complaint, are:

Once the concerned MSEFC entertains the reference, it commences the dispute redressal

mechanism. The MSEFC may by itself conduct the conciliation proceedings or may seek

assistance of a centre which provides such services. If the conciliation is successful then the council records it, and it is called an award my mutual consent, which cannot be appealed against. If however, conciliation fails, then the matter proceeds to arbitration.

According to the act, the mechanism are chronological in order meaning that a complaint will first undergo conciliation and only if the conciliation fails and stands terminated without any settlement between the parties, will the matter then proceed to arbitration.

The arbitration proceedings under Section 18(3) of the MSMED Act, 2006 are governed by the provisions of Part I of the Arbitration and Conciliation Act, 1996.

The award passed by the arbitral tribunal can be challenged/appealed as per the provisions enshrined under the Arbitration and Conciliation Act, 1996 i.e. Section 34 to a Court of Competent Jurisdiction as per Section 19 of the MSMED Act, 2006.

However, in order to challenge the award, the buyer needs to deposit the seventy five percent of the award amount or any amount deemed fit by the competent court.

Having noted the above, it is still open to an MSME to move directly to the Court, or avail some other remedy available under law, provided that the MSME has not first approached the MSEFC.[27]

Furthermore, the Hon’ble Punjab and Haryana High Court in the case of Welspun Corp. Ltd. v. The Micro and Small Enterprises Facilitation Council, Punjab & Ors.,[28] held that “considering the uncommon arrangement made for the headway and improvement of the MSMEs, at any rate, two parties can on mutual consent agree to remove the jurisdiction of the Micro and Small Enterprises Facilitation Council.” Thus, the parties can decide to directly move to arbitration and oust the jurisdiction of the MSEFC, provided there is an arbitration clause, or both parties consent to such an ouster.

Applicability of Law of Limitation

The MSMED Act, 2006 envision to protect, promote, and uplift micro, small and medium enterprises in India during the globalisation era.

Amongst the various benefits available to MSMEs under the law, one of the most significant benefit is the right of the supplier to invoke action against the buyer who has defaulted the payment of dues as per Section 15[30] of the MSMED Act, 2006, and the compound interest available for the same at three times the bank rate.

The conciliation & arbitration mechanism available through an online portal are also major benefits which are available, where the entire conciliation process needs to be completed within a limited period of 90 days[31].

Author is grateful to Mr. Utsav Saxena, who is currently interning with Adwitya Legal LLP, for his assistance. This article was first published as an expert commentary at https://www.sociolegalcorp.com/commentary/powering-msmes-rights-remedies-and-special-benefits/ on 27.07.2021.