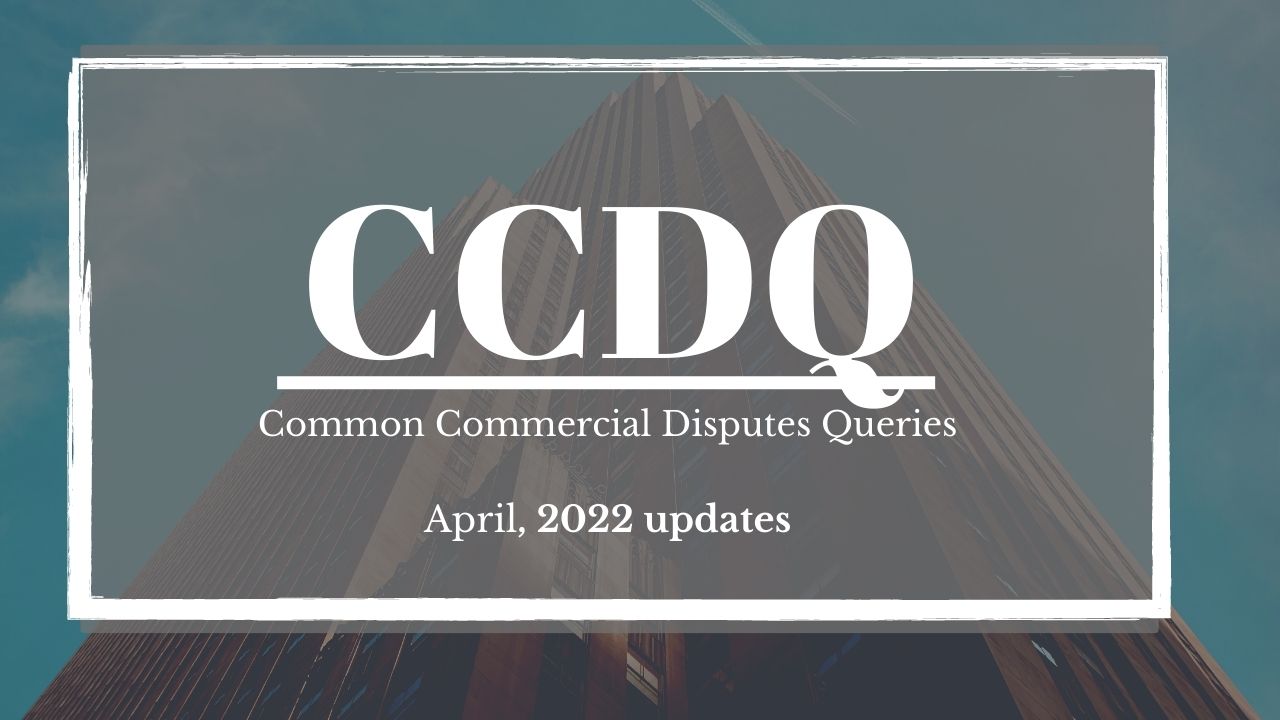 Where can a party file a Section 11 Application? Seat vs. Venue Perspective

In Ravi Ranjan Developers Pvt. Ltd. v. Aditya Kumar Chatterjee (#SupremeCourtofIndia, decided on 24.03.2022), the parties had entered into a Development Agreement(“DA”) for a property situated in Muzaffarpur, Bihar, with arbitration clause as follows:

“37. That in case of any dispute or difference between the parties arising out of and relating to this development agreement, the same shall be settled by reference of the disputes or differences to the Arbitrators appointed by both the parties and such Arbitration shall be conducted under the provisions of the Indian Arbitration and Conciliation Act, 1996 as amended from time to time and the sitting of the said Arbitral Tribunal shall be at Kolkata.”

The Agreement was executed & registered at Bihar.

When disputes arose & there was a failure to appoint arbitrator as per the Clause, Respondent moved Calcutta HC under S. 11 of #Arbitration & Conciliation Act, 1996 (“A&C Act”) for appointment of #arbitrator. Despite there being a territorial jurisdictional objection by the Appellant, Calcutta HC had appointed arbitrator with consent of both parties.

The Question before the Supreme Court was whether Calcutta HC had jurisdiction to entertain the S. 11 filed by Respondent before it.

In view of the above since the Arbitrator had been appointed by a Court without jurisdiction (albeit with consent), the appointment was set aside, and fresh appointment was made.

As per Consumer Protection Act, 1986 (“1986 Act”) S. 23, any person filing an Appeal before the Supreme Court (“SC”) from an order of the National Commission was required to deposit 50% of the amount awarded OR INR 50,000 whichever was less.

The SC observed as follows:

In view of the above, the SC held that the onerous condition of payment of 50% of the amount awarded would not be applicable to the complaints filed prior to the commencement of the 2019 act, ie. Prior to 20.07.2020.

When disputes arose between the parties, the parties underwent arbitration, and in the arbitration proceedings, various claims were raised by Watcon including Air Lifting Charges towards equipment placed at Siri Fort complex as well as interest thereon.

The award was thereafter challenged before Court under Section 34 of the Arbitration & Conciliation Act, and the controversy before the Court was restricted to the award of “airlifting charges” and “interest on airlifting charges”.

On the above terms, the petition was disposed off.

Ministry of Youth Affairs and sports vs. Agility Logistics Pvt. Ltd. (Delhi High Court, decided on 07.04.2022) was an objection petition against an award, filed under Section 34 of the Arbitration & Conciliation Act, 1996.

Here one of the Grounds raised before the Court was that the Arbitral Tribunal had failed to appreciate that the amount claimed by Agility in its Statement of Claims was much higher than that as mentioned in the Notice issued under Section 21 of the A&C Act. it was argued on behalf of the Ministry, that it was not open for the Arbitral Tribunal to award any claim in excess of the claim in respect of which #arbitration was invoked or to entertain any other claim.

In view of the above, the Court concluded that the contention raised by the Ministry held no water.

In Concrete Additives and Chemicals Pvt. Ltd. Vs S N Engineering Services Pvt. Ltd. (Bombay High Court, decided on 17.01.2022) an Application had been filed under Section 11 for appointment of an Arbitral Tribunal.

The Court, while deciding the application observed as follows:

In view of the above, it was held that there was no arbitration agreement between the parties, and accordingly the petition was dismissed.

The case is currently pending in the Supreme Court and notice has already been issued.