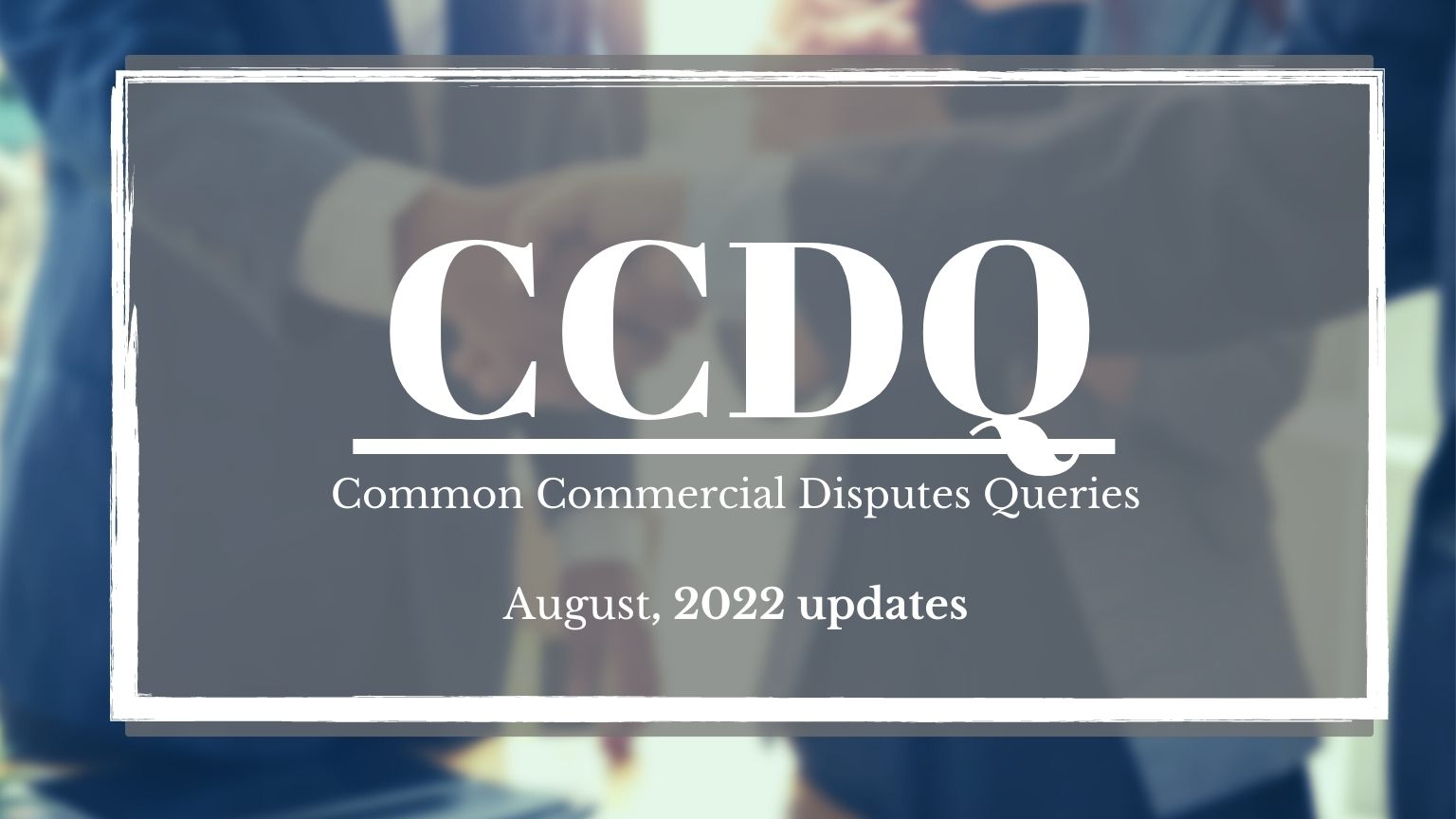 In the case of Indian Oil Corporation Limited v. NCC Limited, (#SupremeCourtofIndia, 20.07.2022), the Contract between the parties provided that if the contractor considers himself entitled to any extra payment or compensation he is required to “notify” his claim to the Engineering In Charge (EIC) within 10 days (“notified claims”), and they should also be included in the Final Bill if they remain pending at that stage.

Only those claims which were specifically notified and included in the Final Bill, could be referred to arbitration.

The Contract also provided for specific matters to be excluded from the scope of #arbitration. The relevant exclusions were as under:

The contract also provided that if the claims were not notified in time, & certain other conditions would be unsatisfied then IOCL would be discharged absolutely from such claims.

In this case, NCC made certain claims which were also specifically included in the Final Bill. NCC also informed IOCL, that incase it accepted its EOT requests along with price adjustment then all extra/addiitonal claims including Notified Claims should be treated as withdrawn.

Consequently, IOCL approved some claims but not the others. After this, NCC invoked arbitration, & IOCL replied saying since NCC had withdrawn certain claims, there were no “notified claims” to be referred to arbitration. Also IOCL replied that some other claims, despite being notified, stood discharged due to non-compliance with the contract.

After this NCC approached the Delhi High Court who appointed a sole arbitrator under Section 11(6).

IOCL filed an SLP before the Supreme Court of India (SC), submitting that excepted disputes could not be referred to arbitration in terms of the agreement. The Supreme Court observed as follows:

With these directions the SLP was disposed off & the Court directed that the arbitrator would adjudicate only on those claims declared by the General Manager, IOCL as notified claims.

The Respondent had sent a notice of invoking arbitration to the Petitioner, who in its reply had stated that the dispute does not fall within the arbitration clause contained in the contract between parties.

Thereafter the Respondent filed a suit seeking adjudication of the dispute. In response the Petitioner filed an Application under Order 7 Rule 11 (d) of the Code of Civil Procedure (where suit seems to be barred in law based on the averments in the Plaint). The Plea taken by the Petitioner was that since the Respondent had already invoked arbitration, the correct remedy would have been to file an Application for appointment of #arbitrator under Section 11 of the #Arbitration & conciliation Act, 1996 and not a suit. The said application was decided against the Petitioner.

It was against this order, that the Petitioner had filed a Writ Petition before the Karnataka High Court.

In view of the above, the Writ Petition was dismissed.

In the case of VISION PROJECTS TECHNOLOGIES PVT.LTD. P (“VP”) v. OSV Crest Mercury (“OSV”) (Bombay High Court, decided on 26.07.2022), VP had filed a commercial admiralty suit praying for sums to be paid to VP and also for arrest and sale of OSV’s vessel and for the sale proceedings to be applied towards VP’s claims.

VP’s claims arose under a Bimco Standard Bareboat Charter, as per which VP had carried out special survey, dry-docking and various repairs to OSV’s vessel. Apprehending that OSV’s vessel may be re-exported out of Indian waters, by circumventing the necessary customs procedure and without following proper re-export formalities and OSV’s vessel may be taken to a location beyond jurisdiction of the Court, VP had moved for arrest of the vessel, which was allowed by the Bombay High Court.

Subsequently, OSV filed an application for vacating the order of arrest, on the grounds that VP had created false case of urgency, and since the charterparty provided for resolution of the dispute through arbitration, an admiralty action in rem in aid of security of #arbitration proceeding is not permitted, amongst other grounds.

As of this date, arbitration proceedings were already pending between the parties.

On the issue of the Arrest of Vessel, the Court observed as follows:

In view of the above, the issue of arrest of the vessel was decided in favour of VP and OSV’s application was dismissed.

The said order was passed by the MSEFC in the #conciliation proceeding itself. The MSEFC held, that there has been no conciliation possible between the parties, and based on the detailed examination of Unicon’s claims, MSEFC issued “final orders” recording the Respondent’s liability to pay.

Pertinent to note, that this order was passed in conciliation, and no #arbitration was held after this.

In view of the same, the Petitioner was permitted to approach the arbitrator and the arbitrator would consider all its claims, even those “permitted” by the MSEFC.

In the case of Mahanadi Coalfields Ltd. v. M/s IVRCL AMR Joint Venture (#SupremeCourtofIndia decided on 25.07.2022), when disputes had arisen between the parties, the Respondent approached the High Court of Orissa for appointment of arbitrator under Section 11 of the Arbitration & Conciliation Act, which was allowed by the Single Judge.

Against the said order the Appellants filed an Appeal before the Supreme Court of India.

The dispute resolution clause in the contract read as follows:

Clause 15 titled as ‘Settlement of Disputes/Arbitration’ read as follows:

15.2 If differences still persist, the settlement of the dispute with Govt. Agencies shall be dealt with as per the Guidelines issued by the Ministry of Finance, Govt. of India in this regard. In case of parties other than Govt. Agencies, the redressal of the disputes may be sought in the Court of Law.”

The Supreme Court held regarding the dispute resolution clause as follows:

In view of the above, the Court held that the invocation of Section 11 for appointment of arbitrator was not valid, since there was no arbitration agreement between the parties.

In the case of Continental India Private Limited v. General Manager Northern Railway (#SupremeCourtofIndia decided on 27.07.2022), a Clause in the General Conditions of Contract (GCC) between the parties governed dispute resolution. The said clause provided that in the event of any question, dispute or difference arising under or in connection with agreement, the same shall be referred to the sole arbitration of a person appointed to be the arbitrator, by the General Manager of the Respondent.

The High Court, despite noting the failure of the Respondent went on to direct the Respondent to abide by the clause in the GCC and to appoint the arbitrator.

In view of the above, the Supreme Court was of the view that the matter ought to be remanded to the high Court, but in order to avoid further delays it appointed an arbitrator with the consent of the parties.

In the case of General Manager, East Coast Railway Rail Sadan (#SupremeCourtofIndia decided on 22.07.2022), the arbitrator was appointed by the Appellant in response to the Petitioner’s request. However, being dissatisfied by the appointment the Petitioner had approached the High Court of Orissa at Cuttack under Section 11(6) of the #arbitration & Conciliation Act, 1996.

Important to note, that prior to this the Respondent had approached District Court in Vishakhaptnam, Andhra Pradesh under Section 9 of the Arbitration & Conciliation Act, 1996 seeking interim injunction against encashment of Bank Guarantee which was decided in favour of the Respondent.

However, without deciding on this jurisdictional objection, the Orissa High Court appointed the sole arbitrator stating that relegating the Respondent to the appropriate High Court would just delay adjudication of disputes.

It was against this order of the High Court, that the Appellant had approached the Supreme Court.

In view of the above, Orissa High Court’s judgment was set aside and quashed.

As the lease was due to expire, the Appellant filed an Application under Section 9 of the #arbitration & conciliation Act, 1996 (“A&C Act”) seeking stay on termination of the lease until the disputes and differences were decided through arbitration. This was decided in favour of the Appellant & the Respondent was so restrained.

This order was set aside in appeal under Section 37 of the A&C Act, and the Appellant’s Section 11 Petition for appointment of #arbitrator was also rejected on the ground that the renewal of lease was not an arbitrable dispute in terms of the arbitration clause in the lease. The Court had stated in its decision that a plain reading of the arbitration clause revealed that the dispute relating to renewal of lease was not arbitrable.

The arbitration clause read as follows:

“The lessee shall in the last year of the lease tenure and not later than six months prior to the expiry of the present lease, communicate in writing to the lessor his terms and conditions for the renewal of the present lease and if the same is accepted by the lessor, then the present lease may be renewed for such further period and on such rent as may be mutually agreed upon between the parties thereto, failing which the matter shall be referred to arbitration by an arbitrator to be appointed by the Chief Justice of the Sikkim High Court”

It was against this order that the Appellant had approached the Supreme Court of India.

In view of the above, the appeals were allowed, the judgment of the division bench was set aside and the arbitrator was appointed to adjudicate disputes between the parties. The order of status quo was also continued until 3 months or until further orders of the Arbitral Tribunal, whichever earlier. 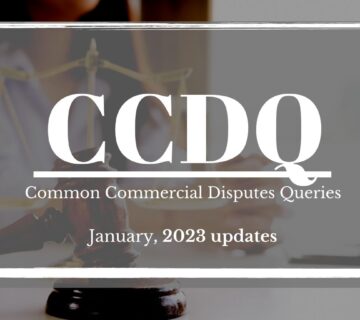 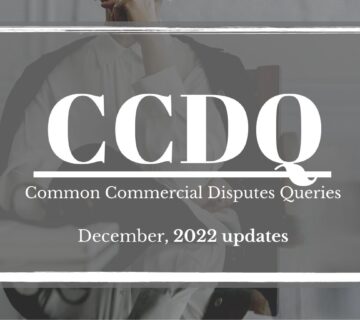 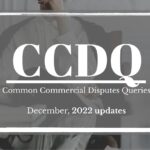